​Dubai is the largest and most populous city in the United Arab Emirates (UAE). On the southeast coast of the Persian Gulf, it is one of the seven emirates that make up the country.

Dubai is a global city and business hub of the Middle East. It is also a major global transport hub for passengers and cargo. A growing center for regional and international trade since the early 20th century, Dubai's economy today relies on revenues from trade, tourism, aviation, real estate, and financial services.

Dubai has attracted world attention through large construction projects and sports events, in particular the world's tallest building, the Burj Khalifa. According to the World Economic Forum Dubai is the second safest country in the world. Dubai is known worldwide for its tourist amenities. It consists of the largest immigrant population.

We provide all types of legal services in Dubai. 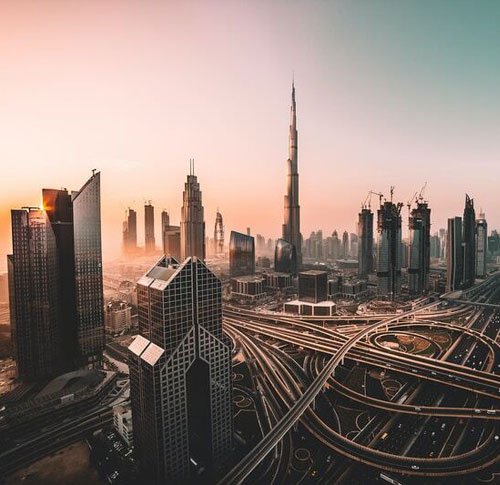 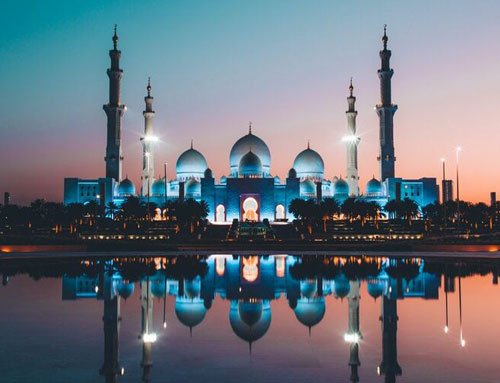 Abu Dhabi is the capital and the second-most populous city of the United Arab Emirates (the most populous being Dubai), the largest of the UAE's seven emirates.

Abu Dhabi houses local and federal government offices, is the seat of the United Arab Emirates Government, the Supreme Oil Council, home to the Abu Dhabi Emiri Family and the President of the UAE, who is from this family. Today the city is the country's center of political and industrial activities, and a major cultural and commercial center, due to its position as the capital. Abu Dhabi has preserved a greater degree of traditional heritage in comparison to its neighbors.

We provide all types of legal services in Abu Dhabi.

Sharjah is the third largest and third most populous city in the United Arab Emirates. It is located along the southern coast of the Persian Gulf on the Arabian Peninsula.​

Sharjah shares legal, political, military and economic functions with the other emirates of the UAE within a federal framework, although each emirate has jurisdiction over some functions such as civil law enforcement and provision and upkeep of local facilities.

Sharjah has been officially named as a WHO healthy city. The 2016 edition of QS Best Student Cities ranked Sharjah as the 68th best city in the world to be a university student. Sharjah is regarded as the cultural capital of the UAE, and was the Islamic culture capital in 2014. Sharjah was named World Book Capital for 2019 by UNESCO.​

We provide all types of legal services in Sharjah. 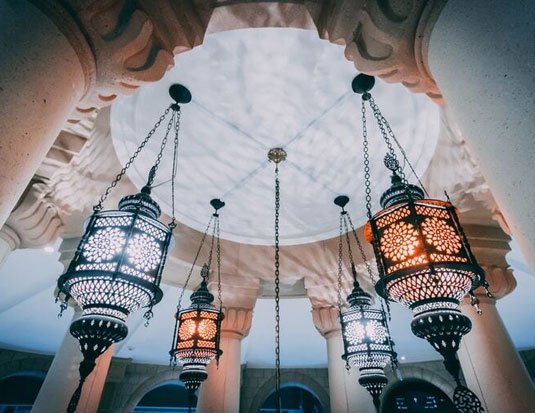 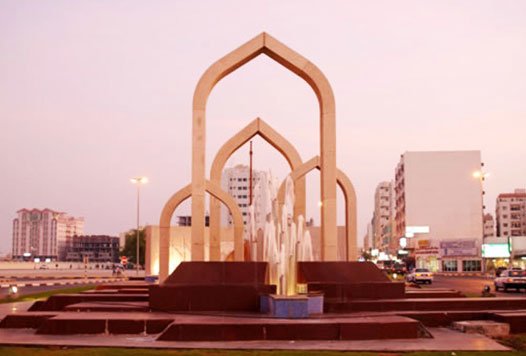 Ajman (one of the seven of the United Arab Emirates. It has an area of a mere 260 square kilometers (100 sq. mi), which makes it the smallest of the emirates in terms of area. It is named after the city of Ajman, which is its seat of government. The main landmass of the emirate is bordered on the north, east, and south by the Emirate of Sharjah.

Located on the coast of the Persian Gulf, Ajman also controls two small inland exclaves: Manama and Masfout, both of which are primarily agricultural. Approximately 95% of the population of the emirate resides in the city of Ajman, which forms part of the Dubai-Sharjah-Ajman metropolitan area.

We provide all types of legal services in Ajman.

Fujairah is an emirate on the east coast of the United Arab Emirates, lying along the Gulf of Oman. It's known for its beaches and the Hajar Mountains, which run through much of the emirate.

In the south, the city of Fujairah is home to the massive Sheikh Zayed Mosque, with its towering white minarets. Overlooking the city is Fujairah Fort, a reconstructed 17th-century fortress featuring round and square towers.

The City of Fujairah also includes The port of Fujairah, which greatly helped in stimulating Shipping activities and trade, as well as Fujairah International Airport. Fujairah is famous for the existence of a series of rugged mountains that are trapped between Fujairah and the Eastern Coast of the Gulf of Oman, which is one of the most fertile regions of the country, and it is full of farms.

We provide all types of legal services in Fujairah. 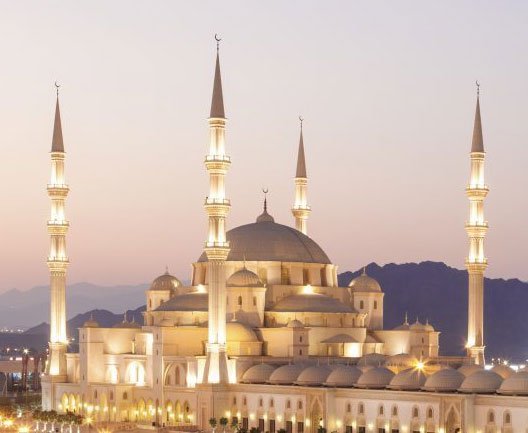 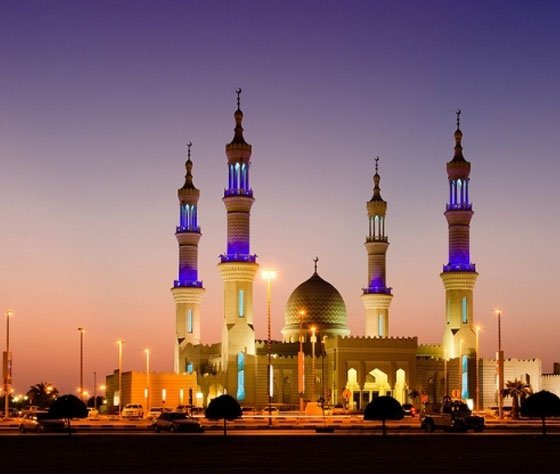 Ras Al Khaimah (RAK), to an extent identified with the historical area of Julfar, is one of the seven emirates that make up the United Arab Emirates (UAE). The city of Ras Al Khaimah, sometimes simply abbreviated to RAK City, is the capital of the Emirate, and home to most of the Emirate's residents.

RAK city has two main areas - the Old Town and Nakheel - on either side of a creek that is home to mangroves and is framed by the North-Western Hajar Mountains. The emirate also consists of several villages and new gated residential developments, such as Al Hamra Village and Mina Al Arab. Its geography consists of a northern part (where Ras Al Khaimah City and most towns are situated) and a large southerly inland exclave (near the Dubai exclave of Hatta), and a few small islands in the Persian Gulf. Ras Al Khaimah has the most fertile soil in the country, due to a larger share of rainfall and underground water streams from the Hajar.

Umm Al Quwain (UAQ) is the least populous of the seven constituent emirates in the United Arab Emirates, located in the north of the country. The closest body of water near it is the Persian Gulf .

The emirate consists in the main of the coastal city of Umm Al Quwain and the inland oasis town of Falaj Al Mualla, some 30 km (19 mi) from the coast.

Unlike some of its neighbors, Umm Al Quwain has not made any significant find of oil or gas in its territory and depends on revenue from hotels, parks and tourism, fisheries and general trading activities as well as the Umm Al Quwain Free Trade Zone (UAQFTZ) based at Port Ahmed Bin Rashid.

A number of government initiatives and strategies have been put in place to incentivize growth in trade and industrial activity in the emirate, including a 2018 move to reduce government fees to business and waive fines and violations levied against businesses which had not renewed their trade licenses.

We provide all types of legal services in Umm Al Quwain (UAQ). 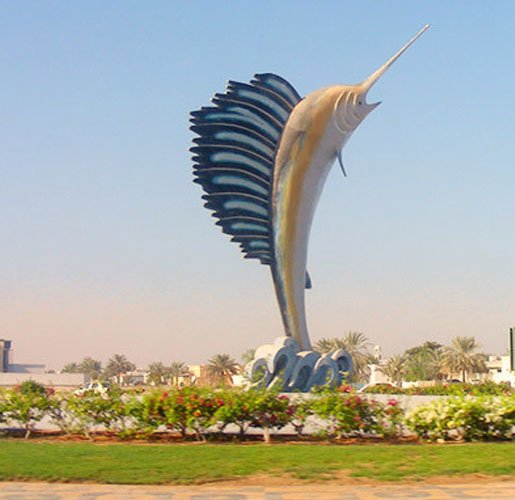